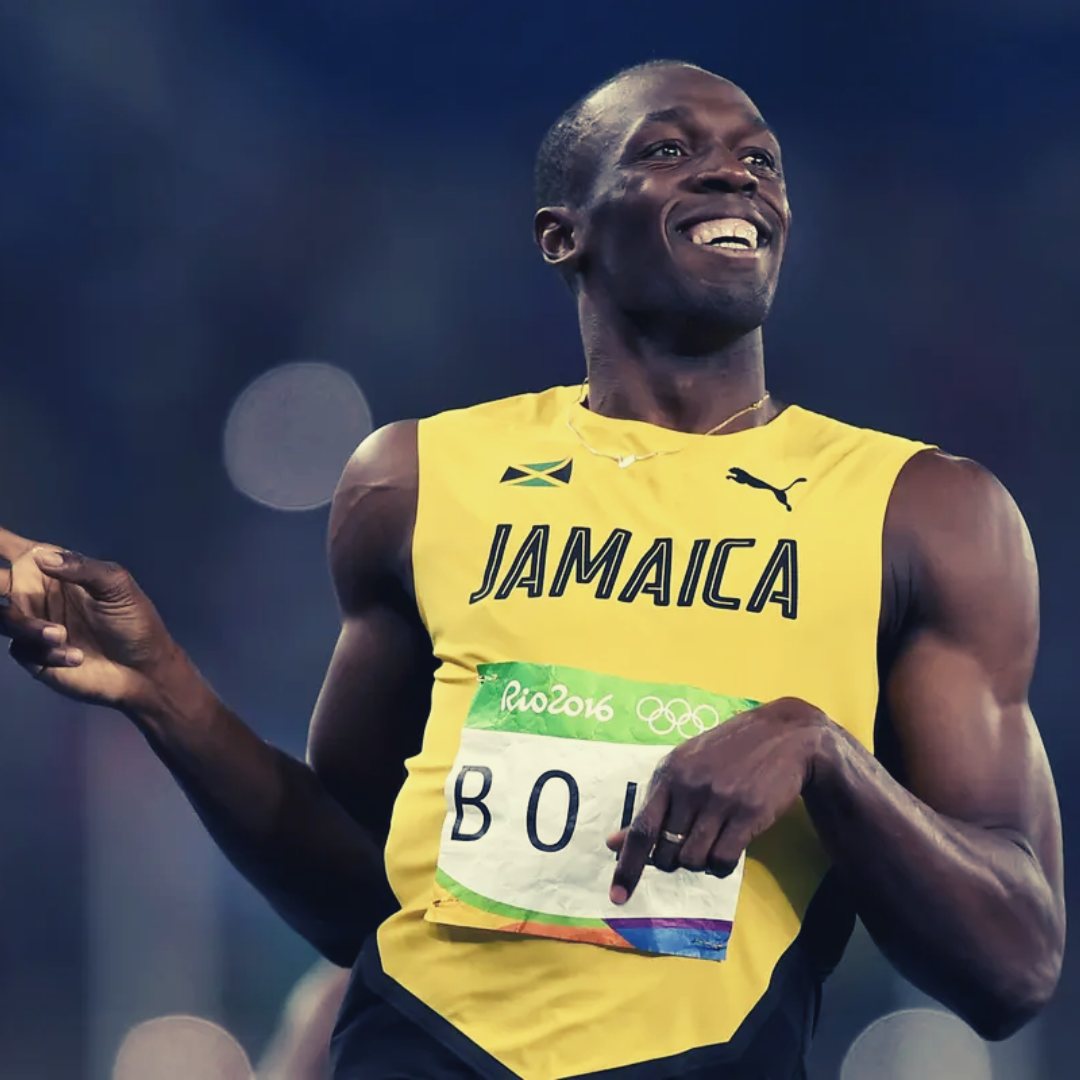 Are you someone who keeps track of Olympic titles and world records? Then you must have heard a lot about Usain Bolt, the Jamaican sprinter who has his name written over plenty of world records. Anyone who knows a thing or two about athletics knows how terrific Usain Bolt is. But you might not know how fast he actually is. So, how fast can Usain Bolt run?

Usain Bolt can run at 28 miles per hour. We’ll dive into the details of his speed and runs to put into perspective how fast he is.

Before diving into the discussion on the top speed of Jamaican Sprinter Usain Bolt, let’s have a quick look at who Usain Bolt is.

Known by many names such as the pride of Jamaica, the Lightning Bolt, Usain has been breaking world records since 2008. Usain had a pretty steady career since 2004, but in late 2007 he experienced worldwide success as a sprinter.

The 2008 summer Olympics saw this hero break new ground and embark on a remarkable journey ahead.

Bolt took retirement after the 2017 World Championships with a serious hamstring muscle injury. His last 100 m match got him in the third position. Even after retiring, he is still known as one of the most terrific runners to exist today.

From Olympic Games to World Championships, no one has achieved so many milestones like Bolt. He went training to sustain, win and rise by breaking track and field records. During his peak years, no one could run faster than him, and even today, he’s a living legend. 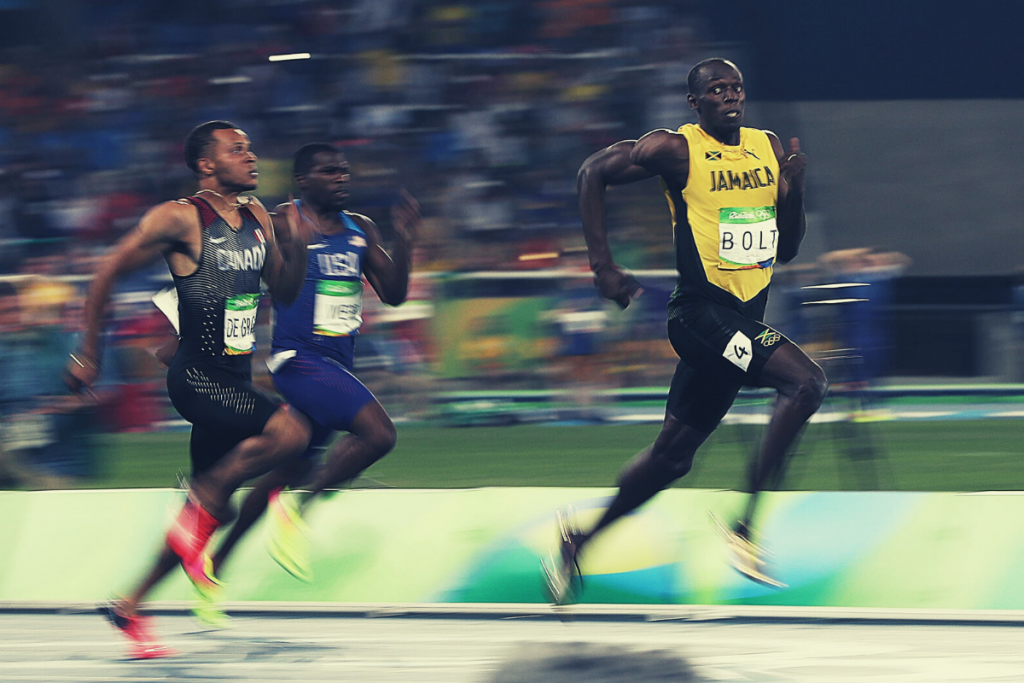 Different news portals and sports media have been thoroughly observing Usain Bolt’s every match. Although there might be a few changes in each media’s information, the gist is pretty similar.

According to Fox News, Bolt runs at a speed of 28 miles per hour, which is definitely why he’s the world’s fastest human.

Bolt’s 2009 world record is a great example to depict his running skills and speed. Human beings are limited to an average speed of 23 miles per hour, but Usain Bolt has beat that ground record.

A cheetah needs an average of 5.8 seconds to cover 100 meters of distance and 6.8 seconds to traverse 200 meters. The fastest racehorse would traverse the running distance of 200 meters within 9.8 seconds. If you compared their sprint speed per hour with Usain Bolt, the results are pretty astonishing.

Speed of a person is dependent on time. The mathematical formula for speed is distance/time. So, the distance one travels at a certain time refers to his speed.

If you think about it this way, then you would find out that when the fastest man Bolt made his world-record run, his top speed was 10.44 meters in each second. This speed corresponds to 37.58 kilometers per hour. In other words, Bolt ran at a speed of 27.8 miles per hour over 100 meters. Still doubting whether Bolt is human?

The Lightning Bolt has broken world records numerous times. At present, he is the proud holder of men’s 100m, 200m, and the 4x100m sprints. He achieved the 4x100m world record with other sprinters Nesta Carter, Michael Frater, and Yohan Blake.

Bolt broke the 100m race world record within 9.58 seconds at the 2009 World Championships. This achievement earned him the title “world’s fastest human”.

He also made a record of 100 m within 9.69 seconds in the Olympics game of 2008. Crossing over 23 miles per hour is already a stationary start, but the fastest man, Bolt topped that. There have been many athletes after Bolt’s retirement who run faster than him, but the sprinting skills he had were terrific.

Bolt also dominated the 200 m world record by clocking 19.19 seconds in the 2009 World Championships and 19.30 seconds in the Olympics race. These speed records are still the best 200 m race achievements in the history of athletics.

No wonder he’s the fastest human. Imagine if he was here in the Tokyo Olympics. If it happened, there would be no athletes or runners running faster than Bolt’s record. 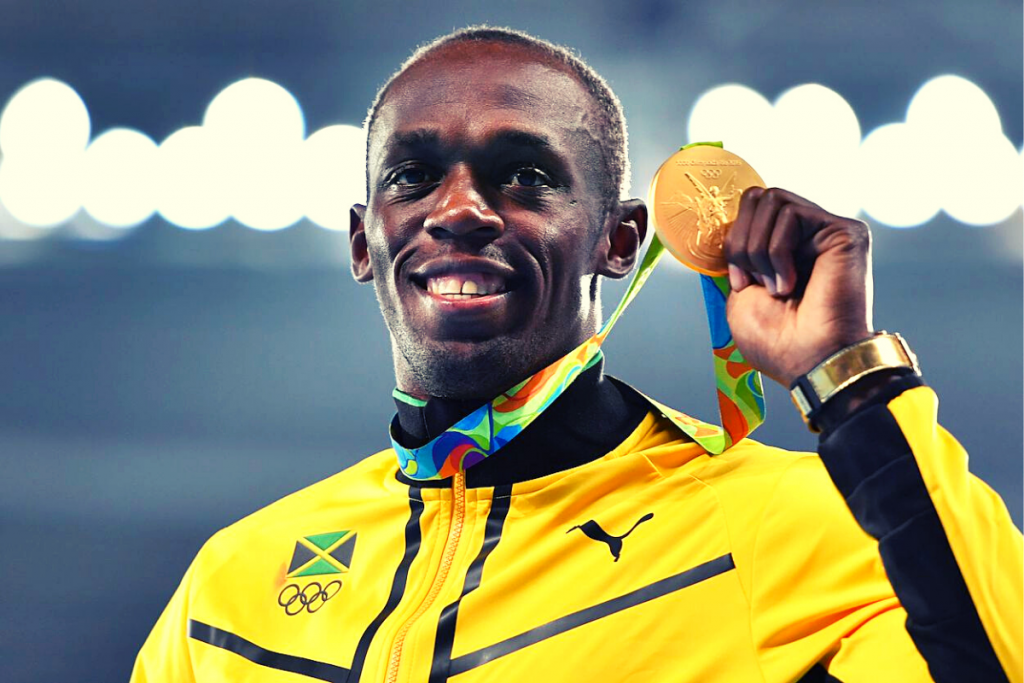 Currently, Usain Bolt holds 8 gold medals for his excellent sprinting skills at the Olympics. Although it is a matter of regret that the world’s fastest man won’t be joining the next Olympics due to his retirement, we still feel proud of his accomplishments.

The greatest sprinter, Bolt, swept away gold medals at the 2018 Beijing Olympics for his fabulous 100 meters and 200 meters performance. Later, he won gold medals for 100 meters, 200 meters, and 4×100 meters relay in London 2012. This was the fastest time recorded in the Guinness World Records, but Bolt didn’t stop there.

Bolt participated in 10 Olympic matches in his professional career, and he swept away gold medals in 8 matches for short distances, which is definitely insane. Bolt’s pace is quite similar to great sprinters like Michael Johnson, Carl Lewis, but there is a difference in his speed course and strategy.

We’re sure three more medals would have made it to Bolt’s cabinet if he was participating in the sprint Olympics today.

Bolt first participated in 2004 CARIFTA race in Bermuda, where he finished 200 meters within 20 seconds. This was his first top speed record, as no other junior sprinter had accomplished this record before. His long jump and triple jump skills were definitely the highlights of the track and field events.

What are the Guinness World Records achieved by Bolt?

Other Guinness World Records he holds are: first man to triumph the 200 m sprint at successive Olympic Games, the first athlete to win the 100 m and 200 m sprints at the Olympics, etc.

Usain Bolt is definitely known as the Lightning Bolt for a reason. It’s because he runs at the speed of light and accomplishes milestones most sprinters cannot achieve. He is not only a record breaker but also a pioneer in the field of athletics.

Welcome to World Fitness CR! This is a blog that I created, at the beginning of the year, to talk about various fitness techniques as well as the best sports that are around in the world right now.

Being fit and healthy starts with you! No one else can achieve your goals but yourself, so if you are going to come on this journey you need to come with a positive and motivational attitude.